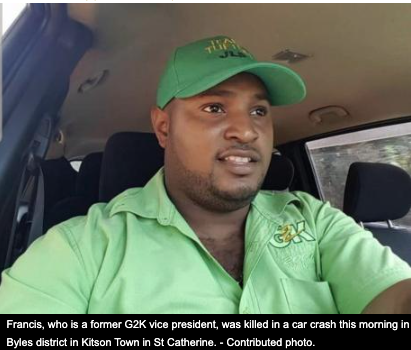 Generation 2000 (G2K), the young professional affiliate of the Jamaica Labour Party (JLP), is in shock at the death of councillor-caretaker for the Point Hill division in St Catherine West Central Omar Francis.

Francis, who is a former G2K vice president, was killed in a car crash this morning in Byles district in Kitson Town in St Catherine.

The organisation says it is saddened by his passing.

“Omar believed in G2K, he believed in our core [values] and was never timid in saying he was a G2K man,” said vice president Titanya Clarke.

“Our various groups are mourning at this time as this was not the news we expected. There are many of us who recall our last interaction and still cannot accept that it was our last exchange,” said Clarke.

Headlines Delivered to Your Inbox
Sign up for The Gleaner’s morning and evening newsletters.
G2K says Francis maintained a connection with the organisation despite new responsibilities so much so that its management committee executed its 2022 Labour Day project in the Point Hill district.

“The loss of Omar is a tragedy for his family, constituents, the Jamaica Labour Party, Generation 2000, and by extension, Jamaica,” declared president Ryan Strachan.

“His vice president tenure of 2015/16 was characterised by strident political activism which served him well in his ascension to representational politics and an expected seat in the St Catherine Municipal Corporation. As an organisation, G2K takes tremendous pride in our alumni’s accomplishments and while we understand the cycle of life, this just feels like a life that has come to an end much too early. We extend deepest condolences to his children, his family and friends,” added Strachan. 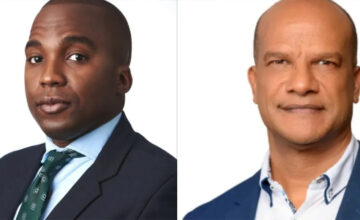 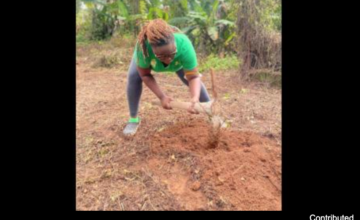